The RIAI Annual Awards – Universal Design ‘Building for All’ Award, 2021

The Board of the NRH is delighted to announce that the new hospital (phase 1) was awarded the Universal Design ‘Building for All’ Award at the Royal Institute of Architects in Ireland (RIAI) annual conference in November 2021. 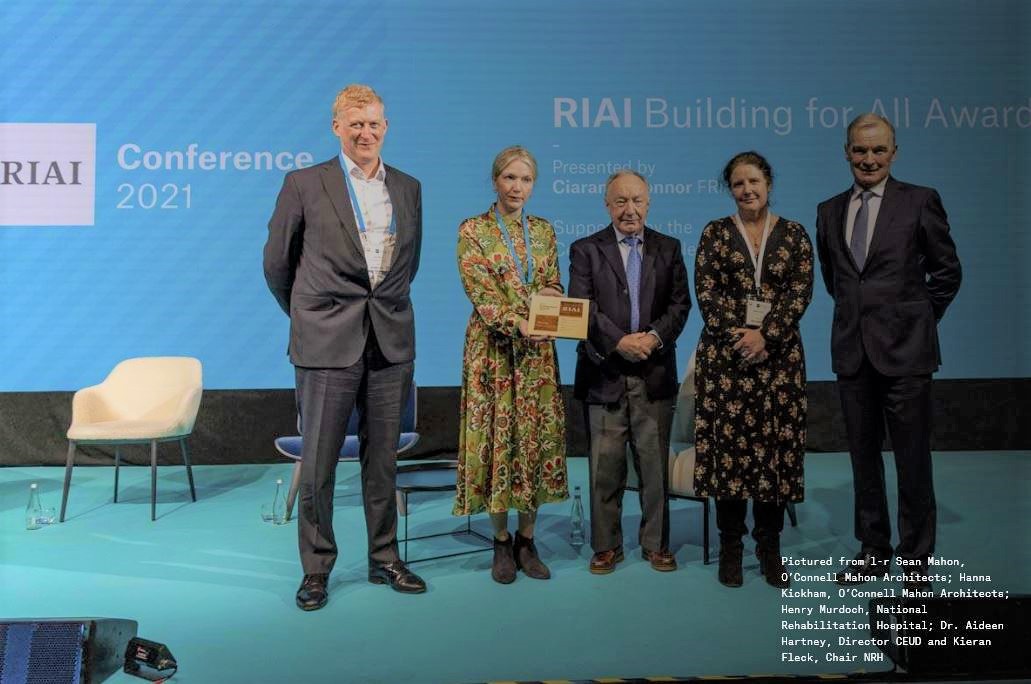 The RIAI Building for All Award is designed to demonstrate best practice in accessibility, inclusion and universal design. Submissions must demonstrate how the principles of universal design have been integrated. They must show the extent of consultation and co-design with end-users so that the built environment can be used easily, safely and with dignity for the enjoyment of all.

Projects shortlisted for the  awards were visited by members of the RIAI Universal Design task force. The Jury is appointed by the Centre of Excellence in Universal Design (CEUD), and jointly a recommendation is made for these awards.

Jury Citation: The National Rehabilitation Hospital demonstrates the positive impact of involving diverse users throughout the design process by providing an environment specifically meeting the requirements of patients and staff. Consideration of Universal Design principles is evident from design concept through to detail design. This includes landscaping and access to nature, capturing views to the Dublin Mountains, natural light and ventilation, as well as easy circulation, way-finding and use of colour.

For more information about the award and the Centre for Excellence in Universal Design, National Disability Authority – Built Environment … read more

« Return to the news

Any cookies that may not be particularly necessary for the website to function and is used specifically to collect user personal data via analytics, ads, other embedded contents are termed as non-necessary cookies. It is mandatory to procure user consent prior to running these cookies on your website.